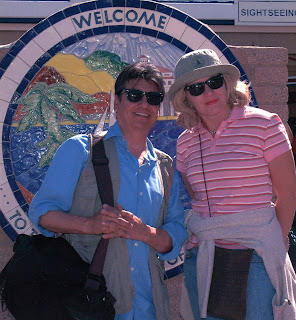 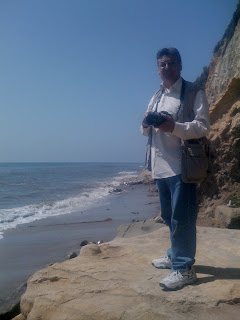 James, pictured above, at left, and at right, is my photographer partner and my star twin: We share the same birthday, and we share a lot of laughs, as well as the hardships of our lives. In the photo above, we're on Santa Catalina, off the coast of California. James bought the shades as a gag--remember the Blues Brothers? "We're on a mission from God"?--and asked a stranger to shoot our photo.

We've worked together over the last 20 years. He's a marvelous photographer, and I'm one of his biggest fans.

Today, James sent me some flowers--or, rather, digital images of flowers that he shot at a garden center. He knows how much I love flowers because when we're on assignment, I'm constantly pointing them out and lots of times asking him to photograph them for our projects.

Funny, when I posted my images of flowers the other day, it occurred to me how lame they are compared to James' artful photos. He gave me permission to post these spectacular shots.

I realize this photo I took of James is not even in focus--he won't be happy about that--but it's a shot I took at one of our touchstone places in Santa Barbara, a beach spot we have made a tradition of returning to at the end of a long week of work in Southern California each year. James is not wearing a necktie, as he normally does when we're on assignment. The tie, he says, separates him from the amateurs. In this photo, he is wearing his photographer's vest and has a trusty Nikon around his neck, and that's how I know him.

A tulip reveals its inner secrets. Tulips are magical flowers with a checkered history. 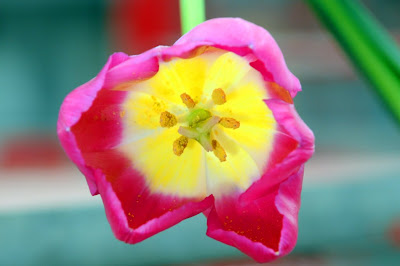 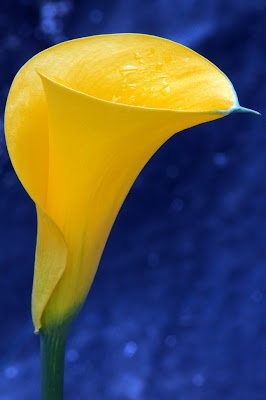 
A calla lily epitomizes simple elegance. I tried to grow them in containers, from bulbs, but did not have any luck. I got foliage, but not a single bloom.

Posted by colleenwordsmith at 7:27 PM