Nora Ephron: She Remembers Everything 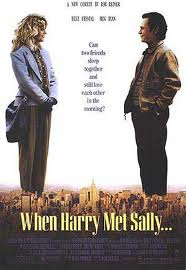 As a freshman English major, we read Nora Ephron. I can't remember exactly what we read, but our English 101 professor obviously thought enough of her work to include her in his canon.
Now age 69--tho' she hardly looks it--Ephron is in the news again with yet another book: "I Remember Nothing," a memoir released this month. On the heels of "I Feel Bad About My Neck" And Other Thoughts on Being a Woman," this writer and film director dominated The New York Times this weekend with an interesting interview in the magazine section AND a nice page-and-a-half piece complete with 4-color portrait in the Book Review.
Even if you don't know Ephron's books, you probably know her movies.
In addition to her books and essays, Ephron, in case you didn't know, brought us these romantic comedy confections: "When Harry Met Sally" and "Heartburn," "You've Got Mail," "Sleepless in Seattle" and "Julie and Julia."
Some writerly fine points from the pieces:
From "Domains: On Location" by Edward Lewine:
• Nora Ephron uses "Freedom" on her computer so she can write without Internet distraction.
• She not only writes, she reads: "I read four or five books a year I wish I had written," she said.
• She reads the newspapers in bed. Breakfasts. "Then at some point I actually sit down to write."
• Her parents, Phoebe and Henry Ephron, were writers.
From "The Oft-Examined Life" by Alex Kuczynski:
• She has been nominated for three Oscars.
• "She's like Benjamin Franklin or Shakespeare: her words are now part of the fabric of the English language. Whenever we talk about 'white man's overbite'...we're quoting her."
• "...Ephron is the poster girl for the religion of When Life Gives You Lemons, Make Lemonade."
And Ephron's evidently still got the juice.

Colleen Smith’s debut novel Glass Halo, set in Denver, was a finalist for the Santa Fe Literary Prize and was praised in the latest issue of The Bloomsbury Review. The novel is available online and through your favorite bookstore.

Posted by colleenwordsmith at 11:53 AM